Since my ‘official’ author photo has been chosen and released, I can now share about the incredible photo shoot I had back in September with Lauren Barnett from Lauren Ami Photographs.

I’m honoured to call Lauren a close friend and it was kinda funny since, while I know she’s a professional photographer, I always used to just think of her as ‘my friend with a camera’. But, boy, within just a few minutes of our day starting, I definitely began looking at her in a new light!

We started the morning off at a gorgeous second-hand bookstore nestled down an alleyway in quaint little Buderim. Autumn Leaves Books is owned by a lovely woman named Linda who was so helpful and willing to accommodate the eccentricities of a weirdo author (me) and my trusty photographer pal. We ended up with some really cool pics in the bookstore—including my author photo which I love—and we had a great time amongst the huge stacks of books. After the bookshop, we headed off to Bli Bli to indulge in the ‘fantasy’ element of the photo shoot. We went to an actual castle, if you can believe that! Well, technically Sunshine Castle is a tourist attraction, so it’s not, like, a historical castle, but you get the point. It was wicked-awesome for the photos, though! And the staff were soooo lovely and helpful as well. I felt like a bit of a goof since I was all decked out in my princess gown and tiara etc. for the full fantasy effect, but at the same time, it wasn’t as embarrassing as I thought it would be. And the pics turned out stunningly, so it was definitely worth it! Here are some examples: There was also this cool foyer-slash-dungeon room that had fabulous chandeliers and some kind of throne chair thing, and we had a lot of fun playing around with photos there: 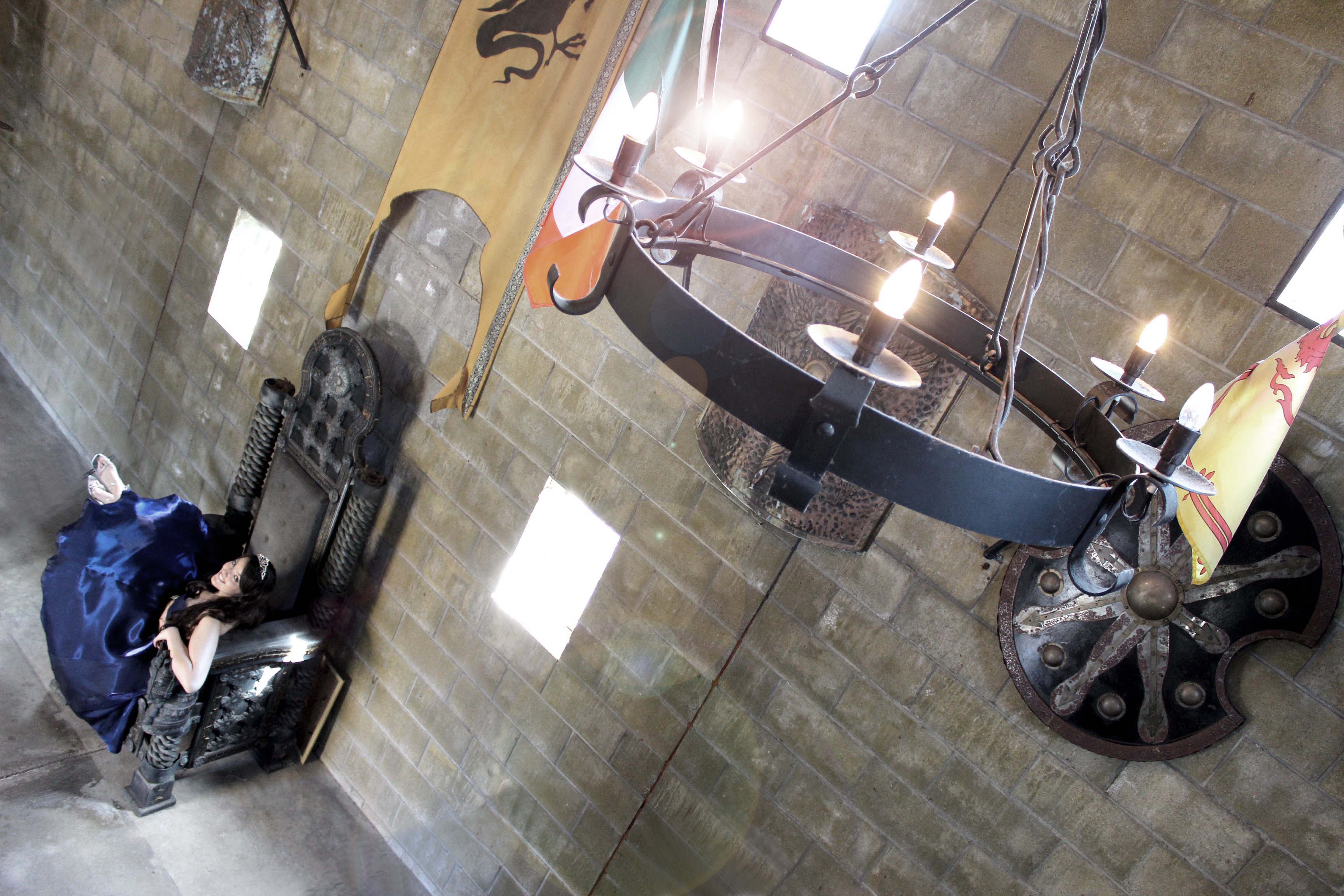 I also took a sword with me for effect, which was, again, lots of fun: And we even climbed to the top of some of the towers (with me taking my life in my hands thanks to the ridiculous heels I was wearing) and got some cool Rapunzel-esque photos as well: We were at the castle for a number of hours, and since I successfully managed not to decapitate myself (or anyone else) with the super sharp sword—while wearing  the aforementioned ridiculous heels—we then took off to the Buderim Forest Park for the final location of the day. We were almost out of light by this stage, but we managed a quick wardrobe change and hurried up the path until we reached one of the many waterfalls (so pretty) for some more pics… There was a massive field at the entrance to the forest and we had a lot of fun playing around with some glitter during the time we had left (after the waterfalls) with the remaining sunlight. Gosh, we both ended up covered in glitter, but again, it was so worth it. (Even if I WAS still washing off glitter for the next few days.) Once the light was all gone, we went back to Lauren’s apartment for some final photos that we actually took in her bathroom because we needed an enclosed, dark place for the fairy lights to work best. And besides, after some nifty special effects, you can’t even tell that we’re in a bathroom at all! All in all, it was such an amazing day! Everything about it, from beginning to end, was incredible!! The only even slight downside was that I sprayed some “low irritant” insect repellent on my arms/neck/shoulders once we reached the rainforest because the mozzies were starting to come out, and I woke up the next morning covered in the worst rash ever all over the skin I’d sprayed. It lasted for two extremely painful and itchy weeks (so much for “low irritant”!). But again, it was worth it, considering the photographic results!

I really can’t emphasise enough how magical the day was. Lauren was so professional, but we also had such a fun time! If you live near the Sunny Coast, I seriously recommend you contact her for your very own awesome photo shoot. You can check out some of her other photos on her Instagram and Facebook accounts. She’s beyond awesome, and her photos, quite simply, rock.